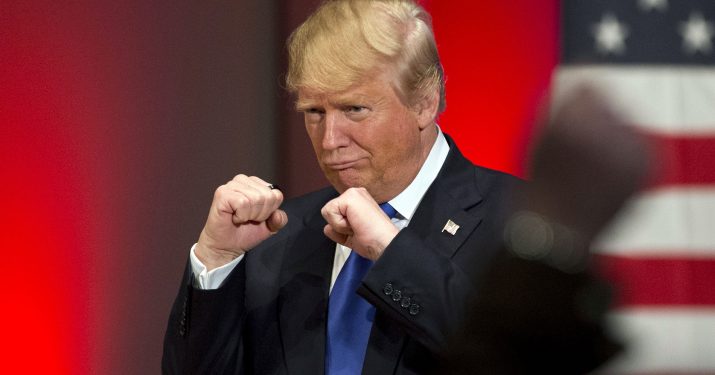 You may have suspected it for some time, but now we can accurately report it as truth: Many of those supposedly “unbiased” polls from the mainstream media are in fact nothing more than propaganda aimed at manipulating public opinion to make it seem as though each slip of the tongue by GOP presidential nominee Donald J. Trump is the next (and perhaps final) nail in the coffin of his candidacy.

The Conservative Treehouse did some digging and background checking, following the release of a poll from NBC News and The Wall Street Journal that purports to show Democratic nominee Hillary Clinton up by 11 points — after The Washington Post published an 11-year-old audio recording of Trump discussing pretty women he was interested in.

Upon further examination, CTH found some rather large discrepancies that would certainly account for such a major jump in Clinton’s polling numbers.

For instance, the web site’s researchers found that the vast majority of the very small sample of people polled (500), were “Strong Democrat,” “Not Very Strong Democrat” and “Independent/Lean Democrat” (43 percent). Of that small sample, just 36 percent identified as Republicans or leaning Republican, while 12 percent claimed to be Independents.

But that’s not the biggest part of the story, as abominable as it is. No, the major revelation here is that the polling firms are “Hart Research Associates/Public Opinion Strategies.”

Hart Research is headed up by Peter D. Hart (founder) and Geoff Garin (president). One of the positions that Garin currently holds is as the pollster and strategic advisor to Priorities USA, the super PAC that supported President Obama’s reelection and is currently supporting Clinton’s election. You can read it right here (and do so quickly before the site is changed).

But believe it or not, there’s more.

— Most of those “polled” identified as Democrats or Democrat-leaning

— The polling “data” was provided the very next day after Trump’s second debate with Clinton, one in which the vast majority of opinion holds that he won.

This is what constitutes political “polling” in America today: A preconceived narrative supported by “evidence” that the narrative is true. It’s nothing but propaganda.

Bottom line: You simply cannot trust the establishment media this election cycle. They will do whatever it takes to support Hillary Clinton.

This paper is a call for both conservatives and progressives to reject Hillary Clinton on election day.