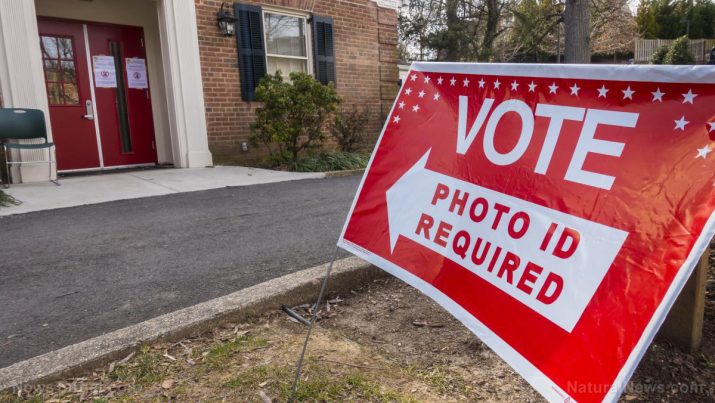 “What are they trying to hide?”

That was the question President Donald J. Trump tweeted out Saturday morning in response to some far-Left states who are refusing to comply with voter registration information as part of an investigation by a special commission he established to look into nationwide voter fraud.

“Numerous states are refusing to give information to the very distinguished VOTER FRAUD PANEL,” Trump tweeted. “What are they trying to hide?”

Numerous states are refusing to give information to the very distinguished VOTER FRAUD PANEL. What are they trying to hide?

As reported by Fox News, officials in California and New York have said they won’t respond to requests from the voter fraud commission that is headed up by Vice President Mike Pence. Trump established the commission in the wake of the 2016 election, in which he alleged that perhaps as many as five million people voted illegally, thereby giving his Democratic opponent, Hillary Clinton, a popular vote majority.

Interestingly enough, Clinton’s entire majority came from one state — California — that is also now refusing to comply with the president’s efforts to ensure only those who have a legal right to vote do so.

Democrats have decried Trump’s effort as little more than an attempt to suppress voting rights, which is, of course, ludicrous, given that the initiative is aimed specifically at ensuring the integrity of balloting. But then again, given that Democrats have been behind efforts nationally to subvert or block voter ID laws at every turn, most people believe their party is primarily benefitting from illegal voters, no matter how limited or widespread the problem actually is.

But we won’t know until the president’s commission completes its work. And we won’t have a complete picture at all if Left-wing Democrat-run states refuse to cooperate.

Not all Democrats are opposed to the effort. On Friday Bill Gardner, New Hampshire’s Democratic secretary of state and a member of the vote fraud commission defended the information request. He added that a number of states may only comply partially, due to differing open records laws in states.

“If only half the states agree, we’ll have to talk about that. I think, whatever they do, we’ll work with that,” he said, noting further that the commission plans to discuss the information request survey at a July 19 meeting.

He also said he’s been getting calls from angry constituents who said they did not want the president to see their personal information, but noted: “This is not private, and a lot of people don’t know that.”

Opposition is also coming from some red states that voted for Trump; including Texas, where officials said because of state laws they could only partially comply with the commission’s information request. (RELATED: As Promised, Trump Empanels White House Commission To Examine Extent Of Voter Fraud)

Mississippi Secretary of State Delbert Hosemann, a Republican, said he has not yet received the request, but if/when he does, he will say, as quoted by Fox News: “They can go jump in the Gulf of Mexico, and Mississippi is a great state to launch from. … Mississippi residents should celebrate Independence Day and our state’s right to protect the privacy of our citizens by conducting our own electoral processes.”

In a federal court case after a contentious U.S. Senate primary in Mississippi in 2014, a group called True the Vote sued Mississippi seeking similar information about voters. Hosemann fought that request and won.

And no state election commission is going to provide all of the requested information.

Still, there is at least anecdotal evidence to support Trump’s claim that voter fraud in the U.S. is a much bigger problem than many believe. Last month a study was published showing that as many as 5.7 million non-citizens may have illegally voted in the 2008 election.

“The White House has provided enormous evidence with respect to voter fraud, with respect to people being registered in more than one state,” White House policy adviser Stephen Miller told ABC’s “This Week” in March, amid calls for Trump to provide evidence for his claims.

J.D. Heyes is a senior writer for NaturalNews.com and NewsTarget.com, as well as editor of The National Sentinel.